Founded in 1860, the museum of Palazzo Madama is now housed in one of the oldest and

most fascinating buildings in the city, with architectural and historical evidence from the Roman age to the Baroque by Filippo Juvarra. The collections contain over 60,000 works of painting, sculpture and decorative arts from the Byzantine period to the nineteenth century.

An eighteenth-century Meissen tea, coffee and chocolate service in porcelain, formerly in the possession of the Taparelli d’Azeglio family, was successfully purchased in May 2013 by the Museo Civico d’Arte Antica di Torino through a vast crowdfunding campaign, the first ever attempted by a museum in Italy. The piece was to be auctioned as part of Bonhams million pound London sale of the Marouf Collection in May, but it was secured by the museum in a private treaty sale. In less than two months, the museum was able to gather the sum required.

The success can be ascribed to the exciting story of dispersion and recovery, which undoubtedly involved emotionally the Museum’s visitors and attracted new audience, especially among young people. Moreover, the story  was perceived as closely connected to the history of the Museum and of the city. The acquisition increased the sense of community and the trust in the Museum’s policies. 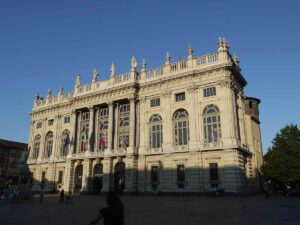